Bilgemunky tries a new (wonderful) rum on the air, and then proceeds to play lots and lots of pirate music. Including new Pirates Charles and The Threepwood Pyrates Galley!

2009 has been a great year at Bilgemunky Radio – thanks for tuning in, and looking forward to an even more piratey 2010!!! END_OF_DOCUMENT_TOKEN_TO_BE_REPLACED 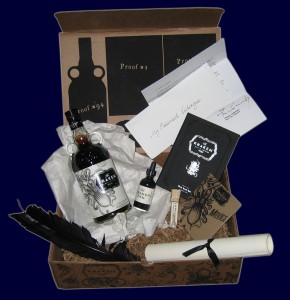 Someone by the name of Chris Bartos saw fit to do a pirate Christmas tune accompanied by monkey puppets. Meaning that Chris Bartos is a total genius, am I right?

Pirate Christmas dunes, doncha know? And what could be more appropriate, this bein’ the season and so on.

Not much of a video, I’ll grant. But the song is actually pretty fun. And Christmassy. And PIRATEY.

Harle! It’s our final show before Christmas, so send me your gifts lest it be too late! Loads of Christmas tunes tonight, as well as requests and dedications. Oh, and I even sang a very little bit. And then read a piratey poem during after dark. You’re welcome. END_OF_DOCUMENT_TOKEN_TO_BE_REPLACED