Bilgemunky fights a cough with ferocity while spinning the greatest pirate tunes on the planet.

Pirates Legends of the Gulf Coast, has just opened in Jean Laffite’s old stomping grounds, Galveston Texas. Personally, I love Galveston and for a number of years made it an annual trip. The one thing it always lacked, though, was a decent pirate museum. But as you can tell from this article, that problem has now been remedied: 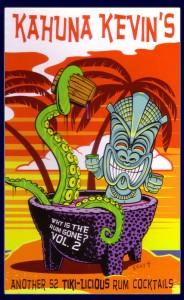 That last point can’t be emphasized enough. There was a time that I thought rum-drinkers fell into one of only two camps – END_OF_DOCUMENT_TOKEN_TO_BE_REPLACED

Blackbeard Spiced Rum has risen to the challenge of bearing Teach’s title, but does it live up? In the bottle, its classy and striking, with a black lable and stylized artwork of the man himself. The rum inside is a basic brownish amber, and upon opening you’re instantly greeted with a surprisingly robust vanilla aroma. END_OF_DOCUMENT_TOKEN_TO_BE_REPLACED

Seriously, the title says it all. Jet-powered aquatic space fighter? If I learned anything from Wiley Coyote, it’s that better technology always wins. Or fails, but hilariously so. Either way, good times ahead!

Proving once again that pirates never go out of style, Ice Age 3 (4? 17? I stopped paying attention after 1) will feature prehistoric pirates. Scholars have often said that piracy existed ever since the first guy in a boat robbed another guy in a boat, but if CGI animation is any indicator of fact (and why wouldn’t it be?) then piracy actually goes back much, much further. 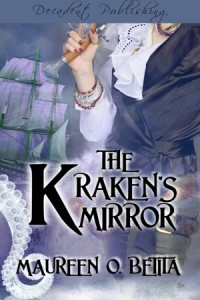 Treated by our youth-oriented society as invisible and sexless Emily Pawes attends a pirate festival to recapture the make believe magic she knew as a young woman. She wins an interesting bit of booty at a bric-a-brac stand. The Kraken’s mirror is a magical portal and transports her to a land of Hollywood piratitude, where swashbuckling heroes own iPods. With little choice, she embraces the madness, deciding she’ll play pirate until she figures out how to get home. Or wakes up in a padded cell. END_OF_DOCUMENT_TOKEN_TO_BE_REPLACED

To arms! To arms! Fans of Bilgemunky Radio know that The Dreadcrew of Oddwood transcends awesome the same way Hannibal Lecter transcends peculiar table manners – IN STYLE, is what I’m sayin’ 🙂 So don’t miss this opportunity to help make their third album Heavy Mahogany a reality. Hop on board via Kickstarter and get yourself some choice swag in the process!