I’ve never played Half Life 2, and such is the depth of my shame. Actually, I don’t even know what Half Life is – I assume it’s a game about radioactive mutants. BUT, it’s also a game that can be modded, meaning other themes can be layered atop the game engine to make for something quite different – in this cast Pirates vs. Knights vs. Vikings. It’s just become an official Steam Mod, so now at last you can logon to a game as a pirate and kick some knight butt, or kick some butt of vikings (who are, afterall, an unholy crossbreed between the two.) 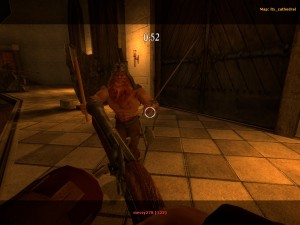 1st person view of a pirate about to wipe the walls with a viking. Or maybe it's a werewolf.

But that’s not the most exciting part – heck no. What’s really innovative about this game is their official partnership with real-world pirate beverage RootJack (read the review)- the only rootbeer that’s proven to prevent scurvy (I’ve been drinking it for months and haven’t gotten scurvy yet, so what further proof do you need.) Indeed, inside the game you’ll spy RootJack bottles and logos throughout, but don’t let them distract you from dishing the pain to the knights and vikings, because then they’d get the better of us, and we can’t have that. 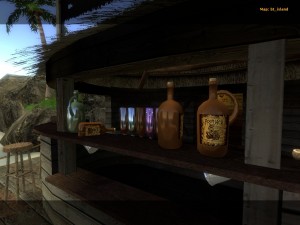 Bottles of RootJack are everywhere, taunting you as you die of thirst and scurvy. So you better order some actual bottles to help you through these trying times lest you go berserk - and that's best left to those snotty vikings.

3 thoughts on “Rootjack and Pirates, Vikings & Knights (oh my!)”