Some fine folks out Virginia-way have taken it upon themselves to restore a right fine vessel, the Luna. You can learn all about it at www.colonialseaport.org, although it would be easier to just watch a video. Fortunately for us all, they made one!

Aside from our usual pirate awesomeness, on tonight’s show Bilgemunky vaguely speculated about astrophysics and how they relate to, well, pirates. Also new music from Mizzen and Musical Blades. Show sponsored by ToBeAPirate.com.

That’s right, ya swabs – join me in Grand Haven Michigan on Friday, August 7th for the very best in pirate-core, pirate-shanties, and all other respects of pirate-arrrsome! I’ll be DJing live at the Dee-Lite Bar beginning around 9:30 p.m., so drop by if you can – preferably in your pirate finery, and in a mood to show any landlubbers present how the pirate know how to party!

And since you’re already planning to drive all the way to Grand Haven, Michigan just to see me DJ, be sure to stick around for the Michigan Pirate Festival. I’ll be out and about all day Saturday and enjoying shows by the Bawdy Boys, Knotty Bits, and the Dark Flower Gypsies. Full info about the festival can be found at http://www.brethrenofthegreatlakes.com/events/mpf/2009/mpf09.htm.

Monkey Island represents a strange yet significant event in pirate history. Those of us who love pirates more than average; most of us would point to the Pirates of the Caribbean rides as the most influential element in our piratey formative years. This is a common experience we share across a wide age range – from the old to the young. But there exists a sliver of us – the piratey Gen Xers – that also largely fell in love with another piece of piratey pop-culture long before the floodgates were opened by the Disney films, and that was the 1991 videogame The Secret of Monkey Island. In many ways cutting edge at the time, today’s audience would likely view it as only a little better than Donkey Kong. END_OF_DOCUMENT_TOKEN_TO_BE_REPLACED

Arrrr!!! Not only did the new Musical Blades album arrive this week, but also a brand new track from Pirate-Core innovators the Salt Sea Pirates! Tonight’s show sponsored in part by ToBeAPirate.com. 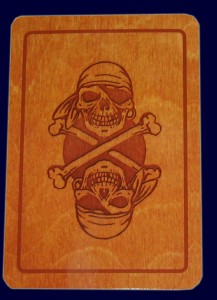 For those unfamiliar, tarot cards are intended as a way of divining the future. Cards are shuffled, a question is asked, and the cards are layed out in patterns to represent past, present, future, and any number of other factors. Tarot deck designs are most usually mystical in nature – elves, wizards, etc, but can be made in any number of themes, including – at last – pirates. END_OF_DOCUMENT_TOKEN_TO_BE_REPLACED 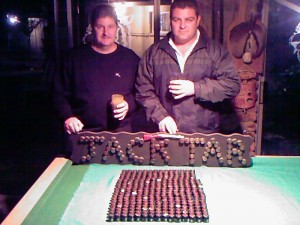 Barry Clifford is selling the site of his long-time Whydah Museum, which also includes the private quarters portion upstairs. Of course, the Museum itself leaves with Barry, but that doesn’t mean the real estate itself isn’t plenty awesome – perched on the pier, it’s surrounded by water and includes several boat slips. And all this for only $5.5 million. Hell, I got that much lying in an old shoebox somewhere – if the place was only a little further south (I hate winters) then I’d snap it up in a heartbeat for the new Bilgemunky.com Headquarters. 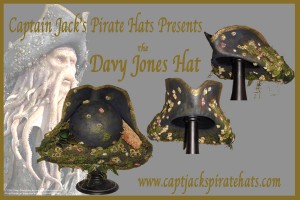 Collection of 1,000 bottles of rum finds a home in Broadmoor – NOLA.com

Hell, I’d probably have a thousand bottles of rum by now if I’d thought to keep them all. The difference? Mine would all be empty, and about half of them would be Goslings Black Seal. But Steve Remsberg, from somewhere around Louisiana-way, has over a thousand different bottles, and many of them still full. He’s developed a knack for finding rare, limited production rums, and only opens them if he also finds a duplicate. Which means he probably has one of the greatest collections on the planet, and I really need to quickly mastermind a plan to “randomly” meet him, engratiate myself to him, and get listed in his will. Something like hiring a gang of cyborg ruffians to try and mug him, and I can then swoop in and save him, and our friendship could develop from there. Yeah, that should do the trick.