Thanks to a technical glitch, tonight’s show began with Bilgemunky speaking about 14 octaves below his usual, but this was quickly resolved. Then he played lots of great pirate music, including new songs from The Rum Fellows and Pirates for Sail. 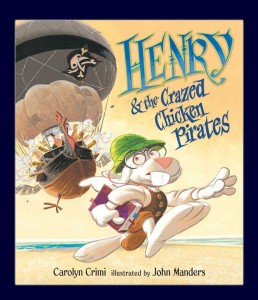 The story begins by explaining the daily life of the Buccaneer Bunnies – proper scalliwaggs that spend their time the way I’d spend *my* time given the opportunity – not raiding and pillaging, but rather lounging about on a tropical island and shooting each other out of cannons. The fun comes to an end, however, when Henry – the youngest of these pirate rodents – discovers a note in a bottle that threatens impending danger. Most of the pirate scoff, but Henry takes the warning seriously and begins preparations. I won’t tell you how it ends, but here’s a hint: It involves Crazed Chicken Pirates (in an airship). END_OF_DOCUMENT_TOKEN_TO_BE_REPLACED

Great pirate music, and a less-than-great performance as Bilgemunky quasi-raps a birthday tune for Lefty Liz.

Pyrate Daze has come and gone, and the results are in – this combined pirate/steampunk event gave folks the chance to strut their stuff as either swashbucklers, victorian sci-fi adventurers, or both, and the LA times took a point-by-point examination of which proved superior. But ever the diplomats, the result was a tie.

Surprisingly, based on the examples listed, I think it’s actually the steampunks that prove victorious, as I’d take issue with the conch shell beating out the Abney Park guitar (no way the conch shell proves victor in that one). Actually, from the early photos I’ve seen a lot more creativity was shown by the steampunks all around – although bear in mind that the steampunks and the pirates were largely the same folks, depending on which day it was. I just hope that as more pirates explore steampunk (and vice versa) that folks remember to leave their tricorns at home when going to Dickens Fair, and that jet-packed librarians consider a different look before attending a truely pirate-specific event.

Yup, so it now seems that PotC4 “On Stranger Tides” is indeed going to be based on the Tim Powers novel, and not simply sharing the title. Which I think entirely sucks – On Stranger Tides is a very specific story utilizing a very specific set of characters, none of whom strike me as a shoe-in to be replaced by Jack Sparrow. Plus, if Disney has to start the planning phase of this fourth film by bastardizing a prexisting work, I just don’t see how it indicates they have the creative fortitude to do make for a decent end product.

Of course, all this might change anyways since Johnny Depp is hinting that he might not be up for a fourth film anyways, so maybe it’s a moot point.

Happy Talk Like a Pirate Day – we celebrate with a selection of songs dedicated to PIRATE PRIDE!!!

So yeah, if this rumor proves true then Disney is utterly failing to impress.

No plans for Talk Like a Pirate Day? If you happen to be in the area of Newport News, Virginia, join me (Bilgemunky) for a pirate-friendly rum tasting at the Mariners Museum. I’ll be conducting a presentation on the history of rum, it’s association with pirates, and how to taste it “properly” as we explore not one, but FOUR of my favorite rums!

Rum aside, there’s a whole mess of other pirate fun happening alongside – check it out at http://www.mariner.org/sites/default/files/talklikeapirate.pdf.  And to learn more about attending the rum tasting itself, call the museum at 757-591-5129 – and tell the Bilgemunky sent you!

Parrot | Pirates Of The Caribbean | Attacked | Cop | The Curse Of The Black Pearl | Bird – Oneindia Entertainment.

I’ve heard of out of work actors getting into all sorts of trouble, but usually it’s only the human variety.

Loads of great pirate music played for all the working stiffs this Labor Day. And Bilgemunky explores the pirateyness of bourbon.