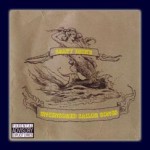 The album is titled “Salty Dick’s Uncensored Sailor Songs”, and never was a product more truly labeled. This CD is packed with 21 of the most offensive songs you’ll ever hear.

If you read that previous sentence and thought, “oh please, how bad can it be?”, then read no further – it’s that bad and worse. It’s so bad, in fact, that I can’t truly review it, because were I to do so then I would use all sorts of words that I’d rather not, and then Google would see those words and start sending droves of perverts to this site. These words include the F-word, the C-word, the other C-word, the T-word, the J-word, the P-word, and the W-word, all used in great abundance. So let me try to tiptoe around this…

Salty Dick’s Uncensored Sailor Songs is both spirited and raunchy – and it’s also a lot of fun. From songs about Christopher Columbus bung-holing his shipmate to sailor’s having naughty dreams and priests “playing doctor” with nuns – this album lives up to its promise in every sense of the word.

None of these songs were written for this album – they’re each culled from decades of legend and tradition. Fans of sea shanties will likely be familiar with the likes of Friggin’ in the Riggin’, The Crabfish, Bellbottom Trousers, and others. But others are less common, such as A-Hole Rules the Navy, Eff Them All, and the hilariously innappropriate Christopher Columbo. Throughout it all, Salty Dick’s voice is friendly and chipper, which makes the lyrics seem all the naughtier. The liner notes briefly, but clearly, cite the sources of these songs, which hail from the British, Canadian, and US navies, ranging from the 1700s to today.

This album is a treat of the naughtiest kind. Send the kids away, send away the easily offended, send away the not-so-easily offended, and then give it a spin. While listening to this tribute to a – generally ignored – piece of maritime history, you’ll almost certainly find yourself happily tapping your toes to the most explicit folk music imaginable. Which is just fine, until you come to the realization that your seagoing great-grandaddy likely sang these very songs. Then you’ll feel strange and disturbed.