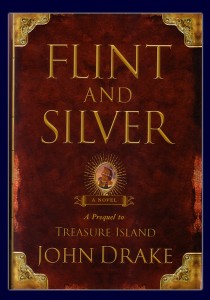 That one Treasure Island sequel should follow so quickly on the heels of another would seem strangely coincidental. Indeed, it seems almost yesterday that I was reviewing “Silver” by Edward Chupack, and yet here I am now reviewing “Flint and Silver” by John Drake. But in truth, the similarities between these two works are few and far between. Where Silver was a re-envisioning of the characters of Treasure Island, full of sinister murder, mind-bending cyphers, and dry villainy that intentionally lacked a devout “faithfulness” to its inspiration, Flint and Silver instead attempts to perfectly mesh with the expectations set by the original work and takes a more swashbuckling, lighthearted approach to material. It follows in the “boys adventure” spirit of Treasure Island, albeit from a slightly more grown-up perspective. END_OF_DOCUMENT_TOKEN_TO_BE_REPLACED