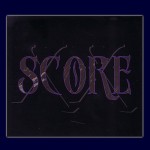 2010 marks the 20th anniversary of legendary pirate shanty group The Jolly Rogers, and they honor the occasion in style with Score!, being a classical Jolly Rogers CD if ever there was one. Shanties – traditional and original alike – fill out the bulk of this 19 track album, ranging from fast to slow, adventuresome to bawdy… it’s the Jolly Rogers we’ve come to know and love these past two decades, no doubt! END_OF_DOCUMENT_TOKEN_TO_BE_REPLACED

What’s that, you say? Musical Blades AND the Jolly Rogers performing together? Can your pirate brain handle this much awesomeness?

Check their website for full details of the Feb. 13th concert taking place in Kansas City (which strangely, is in Missouri.) Score another one for the poor midwestern pirates this cold winter! 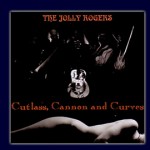 and 2) Being as few traditional songs were actually about pirates, there’s often little to differentiate “pirate” music from other festival-driven sea shanties, Irish fighting songs, or bawdy ballads. END_OF_DOCUMENT_TOKEN_TO_BE_REPLACED