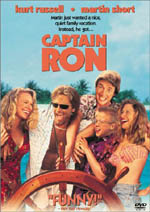 The Pirate Prince: Discovering the Priceless Treasures of the Sunken Ship WHYDAH
by Barry Clifford
www.whydah.com

In his book “The Pirate Prince”, which I believe is the first of his several accounts regarding the pirate ship Whydah, Barry Clifford seems to have two primary goals – the first is to completely disillusion the reader as to any pretense of glamour associated with undersea treasure hunting. The second goal, ironically, is to completely enchant the reader with the glamour of undersea treasure hunting. Surprisingly, he manages to do both rather well.

To the first goal Clifford goes into great detail explaining the difficulties of locating a wreck, of separating fact from legend, of recreating centuries old scenarios using half-facts and hunches. But these are the difficulties we imagine when we think of treasure hunters. What we don’t generally consider is what happens once the wreck is discovered.

In a word – bureaucracy. END_OF_DOCUMENT_TOKEN_TO_BE_REPLACED