Nope – despite his best efforts, Sir Black Fox, publisher of The Pyrates Way Magazine, won’t be the Biggest Loser on NBC next season – seems his audition tape didn’t make the cut:

But never one to give up, the Black Fox has taken it upon himself to shed the weight on his own, piratey terms. You can track his progress at www.porkypirate.com. 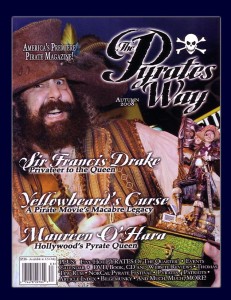