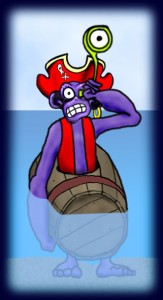 Option 1: Steal a submarine – this would be the more piratey solution, but it poses two very serious problems, depending on what sort of sub you’re trying to steal. First, if you’re wanting to steal a luxury personal submarine, well, there’s just not that many of them out there. It’s tough to steal what isn’t there. Problem number two arrises if you’re going to bypass the sissy luxury subs and instead swipe a top-of-the-line military sub. This is tricky on several accounts, and since the Navy doesn’t seem to have much of a sense of humor about this getting caught can lead to all sorts of trouble. That’s why I recommend… END_OF_DOCUMENT_TOKEN_TO_BE_REPLACED