‘Pirates: Adventures Of The Black Corsair’

So coming out for the WII is some sort of piratey action/adventure game. The graphics don’t look the best, although the blonde waitress is rather fetching. But, much like Pirate vs. Ninjas Dodgeball, I probably won’t be able to review it because so many of these new games are exclusively console games, and I’m strictly a PC household at this time. 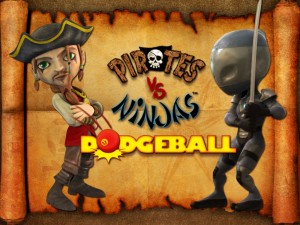 Originally I was a little grumbly that I didn’t have an X Box 360. But now I’m just all out downtrodden at not owning a Wii. Why? Because, mates, Pirates vs. Ninjas Dodgeball is now slated to come out on both of these systems. It looks hilarious, adorable, and awesome. On the X Box it will surely be a blast, but on the Wii? I can’t imagine a game more perfect for such a system. But here I am stuck with naught but a PC. No dodgeball for me, unless I find a real ninja. And a red rubber ball.